Tackling Tech: The NFL – Taking Tech to the Bank

Before the NFL heads into the 2016 exhibition season, remember to keep your eyes wide open for the following, tech-driven works-in-progress across the league. Together they will define how we consume America’s game in the stands and at home for many years to come.

They will also go a long way to determining the financial health of the teams and league and elevating fan engagement for those at the game and watching from home.

1. Next-Gen Stadiums. These facilities, both under construction and hosting major improvements, promise to enhance the fan experience for those in the stands. Connected stadiums refers to facilities equipped with advanced Wi-Fi networks that both enable game day apps and collected voluminous data on fans that can be analyzed using analytics for a wide array of marketing and sales purposes.

Beyond robust wireless connectivity, next-gen stadiums such as the new home of the Atlanta Falcons is being equipped with super high-def big screens that can be viewed from any angle without glare. The Jacksonville Jaguars are amidst an installation with vendor NanoLumens and the New England Patriots already feature these viewing enhancements which benefit fans and sponsors. There was a time when leaving your seat for concessions meant disconnecting from the game as only tiny screens or radio were available on the concourse.

There’s also a growing focus on viewing for fans not in their seats. With that in mind, the new Falcon’s home will boast some 300-plus TVs throughout the facility – an approach followed in newer stadiums as the homes of the Dallas Cowboys and San Francisco 49ers respectively.

2. Watching from Home. Expect the content super rich NFL to continue to parse out original series and live game casts to a longer list of delivery options be they on TV or online. It has been roughly a year since the league brought on its first ever chief content officer – an expert in youth programming and non- traditional viewing options (Microsoft Xbox).

The last year alone has seen Yahoo live-stream a regular season game free and internationally, deals with social media outlets (Google/SnapChat) for non-game footage, All or Nothing on Amazon, and Thursday Night Football (10 games) via Twitter. This share-the-wealth approach has/is providing the NFL with experience and data on different distribution channels used for varying types of content.

3. The Data Dilemma. Having completed a full NFL season of collecting player data through RFID chips in players’ shoulder pads with tech partner Zebra Technologies, the league has turned the voluminous data to its teams. So how will it be used? Initially the intent seemed to be to create next-gen stats, such as how fast (MPH) a receiver ran on a TD catch and run.

Now it seems the data could be used to measure player performance and much more beyond stats for fans. How the teams choose to use this needs-to-be-analyzed mountain of data is certainly worth watching as we enter the 2016-17 season. And what of those next-gen stats that seem to be spares if you’re watching from home on a big screen? They would help elevate the viewing experience and enrich the game casts beyond what the broadcasting talent has to offer.

4. Wireless Advances. You can’t talk about the fan experience and data collection without discussing the ongoing upgrades across the league to stadium Wi-Fi and Distributed Antenna Systems (DAS). Several teams are in the process of upgrading or exploring upgrades to current systems as per the league’s CIO while others – Packers, Bills etc. – just finished their first season with the benefits of wireless nets brought to older stadiums.

After all, wireless is the enabling technology for game-day apps that let fans get everything from the latest traffic and parking conditions to the ability to order concessions from their seats and pick up their purchases at the shortest lines. Add an analytics package to these networks and you can apply business brains to the tech brawn and determine new and better ways to monetize the fan.

5. Apps. This time last year, the NFL was amidst an overhaul/consolidation of its pay apps, resulting in the domestic version of GamePass. Given the ability to launch Super Bowl and draft-specific apps, expect new introductions before the regular season begins. Remember, even free apps generate revenue through sponsorships, gateways to Pro Shops and fan data.

6. Virtual Reality Check. Yes, virtual reality has been pitched as changing the way football – and other sports – function. It’s true that several QBs use VR to augment their training with more reps while avoiding the wear and tear of live action. And though the tech portends to advance the way virtual seats are sold and the game is watched from home, don’t expect these changes soon. VR will make inroads in the way video content clips are shot and used first, followed by the greater promise down the road.

7. The Widening World of Sports (TV). In many ways, 2016 will be a year of exploration for the content crew at the NFL with its recent forays into streaming of game cast or original series set up as a one-time or one-year arrangements, meaning they can be renewed or replaced next year. Changing the channels means maximum flexibility for the league in expanding its distribution strategy.

And what might we see from AT&T, which acquired DirecTV which has the exclusive rights to the popular NFL Sunday Ticket out-of-market game package (and the no-dish online only version)??

Note that of late, the league has been focusing on delivery deals for non-game content, a marked expansion of its approach has brought in streamers such as Amazon and social media giants such as Google (for YouTube) highlights. Also note that the NFL has eliminated its one-time ban of streamer smartphone Periscope which will now be used as part of the Twitter streaming of Thursday Night Football games this season.

8. Partner Programs. Last, but very far from least, are programs that team up NFL teams with knowledge of their fans with partners to boost sales via innovative promotion programs that reward members in discounts and freebies for select products of their sponsors. The Patriots program with Dunkin Donuts, which allows consumers to have purchases to be applied to their season ticket balance and more is a great example.

Those entities that know enough about their customers – through collected and analyzed data – are well posed to launch these next level partner programs. That’s likely one of the skills customers of the recently spun off Kraft Analytics Group (KAGR) can hear about as the end result of optimized data (analytics and strategic marketing). Read

Sure, the league is facing many more issues and exploring many more opportunities than those listed above. Forward-thinking teams are looking to harness tech to expand their brands and see challenges as part of a longer to-do list that benefits franchises and their fans.

The only constant here is change. And you can take that to the bank.

Bob Wallace is a technology journalist with over 30 years of experience explaining how new services, apps, consumer electronic devices and video sources are reshaping the world of communications as we know it. Wallace has specific expertise in explaining how and why advances in technology redefine the way sports fans interact with their league, teams, players and each other. He’s the Founder of Fast Forward Thinking LLC.

A security hack doesn’t have to mean theend of your company Statistics are showing that each year over 50% of small firms are victims of a cyber attack or data breach. Why does this matter? Most smaller firms have not prepared business continuity plans to keep their IT infrastructure going in the event of an...

END_OF_DOCUMENT_TOKEN_TO_BE_REPLACED 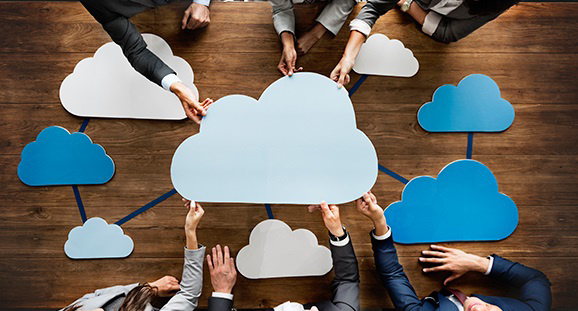 What the cloud means for you–Part II

Recently, we talked about ways the cloud brings value, business protection, and economies of scale to the smaller firm that they could never achieve by themselves. Today, we look at a final benefit of the cloud. Protection against on-site disaster – If a disaster strikes your physical business location, on-site resources can be damaged, destroyed,...

END_OF_DOCUMENT_TOKEN_TO_BE_REPLACED 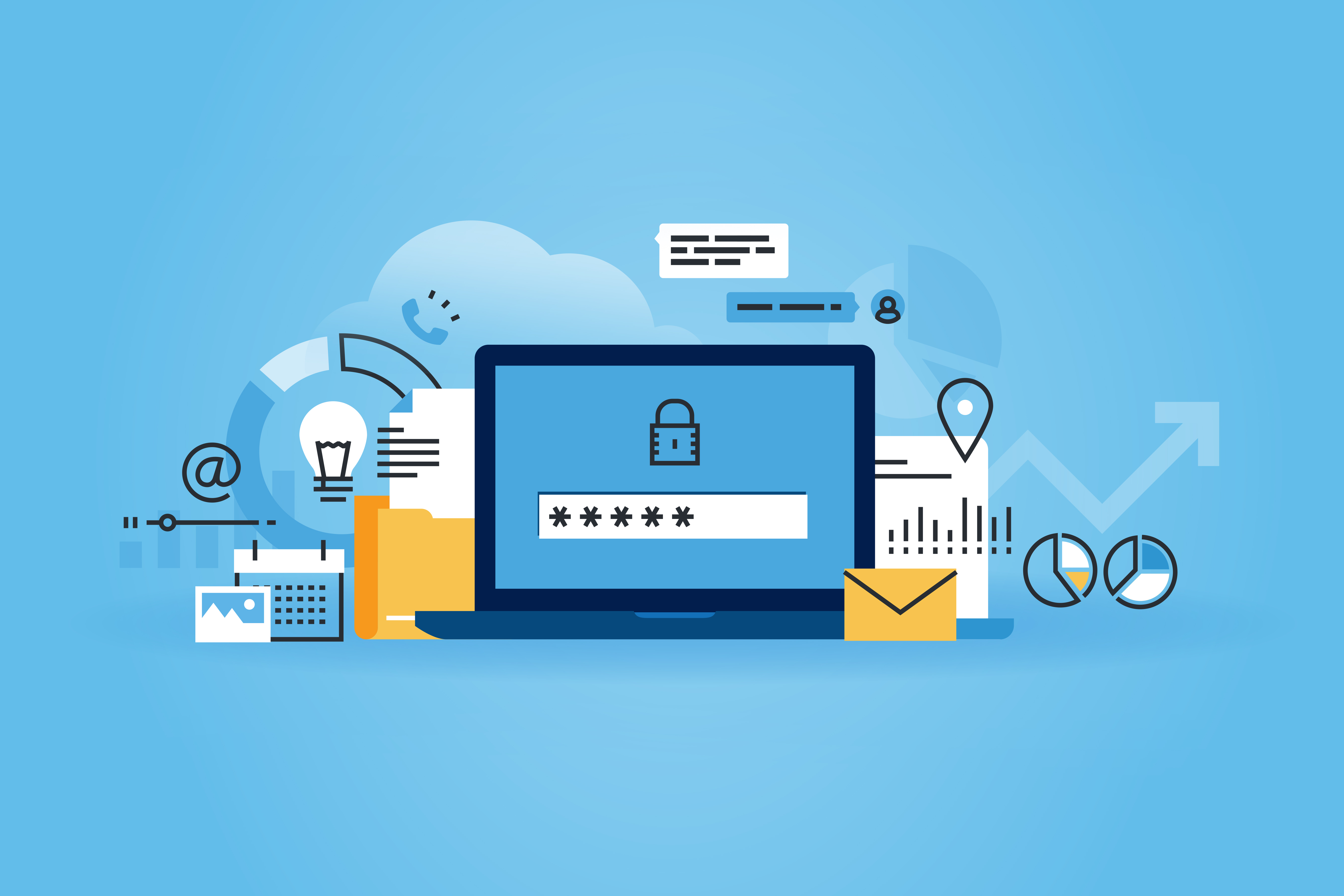 How good is your password? Did you know that having a weak password is one of the biggest security risks you face? This blog focuses on the best practices related to passwords that you can follow to ensure passwords are not your weakest link. Avoid sequences and repetitions: How many times have you used passwords...