Looking to fill in some big holes in their offensive line as well as having a serious need for a cornerback, a linebacker and a defensive tackle, for the New England Patriots’ draft, they had a very specific list of needs they sought to fill to have a strong, adaptive roster.

They were able to fill the position for a defensive tackle straightaway in the first round with former Texas linesman Malcolm Brown, who was humble at the press conference until he boasted that the team was going to get the “best player ever drafted,” meaning him. Time will tell if that’s indeed the case.

The second round was another defensive one as Jordan Richard of Stanford joined the team as a safety. Known to be smart among his former teammates (Stanford grads, no less), the Patriots can look forward to a player who is quick and agile and plays for the love of the game, or so he claims. NBC Sports’ Josh Norris is less charmed, though, thinking that the Patriots would have been better off waiting to get someone like him later in the draft.

The Patriots met their need for a linebacker in round three as Geneo Grissom was recruited, a player who struck observers as very humble and emotional on hearing the news. Grissom is so eager to play, he claims he would have played any position at all just for a seat at the table. He is apparently looking forward to moving to New England, as he is a big Bruins fan.

The fourth round was the first in which the offense got some attention with Tre’ Jackson and Shaq Mason, as well as defensive end Trey Flowers, who’s mission in life is to stop the other team’s runs. Georgia’s Mason is seen by many as the best player the Patriots have gained in this draft; in the words of Josh Norris, “he’s the best run blocker in the entire draft. He’s an absolute mauler … he’s nasty.” Florida’s Jackson is also generally seen as a strong player, and oddly enough he and Mason have been friends ever since they briefly attended school together in Georgia before Jackson went to the Sunshine State.

Long snapper Joe Cardona was picked up in the fifth round. He grew up watching the Patriots play and is raring to go. He claims he had a feeling New England would be his new home since they were one of the only teams looking for a snapper.

The sixth round saw the acquisition of tight end, AJ Derby, and a second linebacker, Matt Welsh. Two relatively unknown players, they are both waiting to make their mark on the game and are pumped for the opportunity.

The elusive cornerback was finally recruited in round seven. Darryl Roberts describes himself as “a little versatile. I can play press, a little zone.” He looks to be a great addition to the team and is likely to make a real name for himself in New England. The last pick of the season, defensive end Xzavier Dickson, is a very experienced, tough player who looks to add some serious speed to the team.

NorthLight IT becomes your outsourced CIO. We’ll work with management to create an overall business strategy that allows technology to overcome your business challenges. The end result of partnering with our information technology team? You’ll make more money, save time, and reach your business goals.

Assessing your MSP in the first appointment

Assessing your MSP in the first appointment Handing over your IT to a MSP is a major decision. Who do you choose and more importantly, how? While there’s no rulebook that will tell you exactly how to proceed, here are a few hints that can help you decide how invested your prospective MSP is into...

END_OF_DOCUMENT_TOKEN_TO_BE_REPLACED

Get smart about smartphones

Get smart about smartphones With flexible working schedules, remote teams and Bring Your Own Device (BYOD) policies in force, it is has become commonplace for employees and business owners alike to use smartphones for work purposes. A quick reply to an email, sharing that sales presentation, glancing over that vendor proposal–all on a smartphone–is something...

END_OF_DOCUMENT_TOKEN_TO_BE_REPLACED 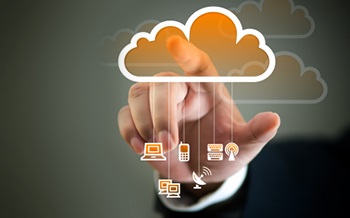 3 Things to Consider Before Jumping Into BYOD